This blog is based on a keynote address given by David Strachan at XLoD Global’s conference “The Future of Non-Financial Risk and Control across the 3 Lines of Defence” on 16 November 2022.

The prospect of discussing emerging climate-related risks at a time when risk and uncertainty abound, dominating the near-term economic and financial outlook, is daunting. As is clear from events over the last few weeks, there is no shortage of risk right in front of our noses, without needing to worry about what might lie just beyond.

There are however very good reasons why we should look beyond the near-term. First, risks that might in “normal” times be manageable could have a much more significant impact during a period of broader stress in financial markets and the economy. We had a very clear example of this in the feedback loop that emerged between the gilts market and LDI strategies.  Right now we all need to be vigilant about the emergence of straws that might just break the financial stability camel’s back.

Second, the financial system and the economy are undergoing profound change on several fronts, which will inevitably exacerbate existing risks and create new sources of risk.

Amongst the many drivers of this change, I am going to focus on the biggest disrupter of all: climate change.

Few people have a deep understanding of climate risk.  It is much less familiar and well understood than the traditional risk types – credit, market, financial, non-financial etc.  This is both because the emerging risk environment for climate is particularly complex and because the consequences for physical risk and transition risk are unpredictable and subject to a very wide range of possible outcomes. Climate risk is intrinsically difficult to model and the models that are used are very different from the models that financial services risk professionals live and breathe day-to-day.

Coming to this as a regulatory policy professional, I am particularly interested in the interaction between climate risk and regulation. I want to highlight four areas of risk that are currently on my radar: green mis-action; greenwashing; scenario analysis; and legislative risk.

COP 27 drew to a close on Friday. I would hazard a bet that many of us who followed developments in Sharm Al-Sheikh are unaware that COP 15 - the “biodiversity COP” - meets in Montreal for two weeks in December. Climate has dominated the discourse on sustainability for the past several years, but biodiversity is moving fast up the agenda, both generally and particularly for banks that are supervised by the ECB.

Although it is easy to assume that climate actions are closely aligned with nature actions, it is clear that climate actions will not always be nature positive. A simple example is a solar farm - certainly climate positive, but it could be built in such a way that it damages a critical part of the natural ecosystem.

Climate actions might also not be positive from a social risk or governance risk perspective. The solar farm, for example, could displace a farming community against its wishes. Or it could be built and maintained in a country whose workers do not enjoy the same employment or safety protections that are the norm in the UK.

The EU Taxonomy anticipates this and includes a provision that climate positive action should also “do no significant harm” to the broader set of sustainability objectives under the Taxonomy. If a firm does not take nature (and in future) social and governance risks into account, an exposure might not be considered sustainable.

This is not just a regulatory consideration. If a firm takes climate action or invests in a climate positive project that is in tension with nature, social or governance objectives, it is exposed to reputational risk as well as potentially greater transition or physical risk.

I mention the risk of mis-action as an emerging risk because awareness of these potentially competing factors is increasing quickly and because the risks themselves are becoming more pronounced. Clearly, to be able to take action it is essential for a firm to have a sufficiently deep understanding of the risks on its balance sheet - including the transition strategies for its counterparties - to know where such conflicts might arise.

Greenwashing and the risk of green mis-conduct

This risk certainly has emerged. But, in my view, we do not yet know its full complexity and breadth.

Greenwashing has risen quickly up the political and regulatory agenda and is occupying an increasing number of column inches in the press, driven by several high-profile incidents. The FCA recently consulted on an enhanced labelling and disclosures regime to combat greenwashing, including an over-arching “anti-greenwashing” rule. ESMA and the European Commission, amongst others, are also taking action.

What particularly concerns me from a risk perspective is the fact that a company could fall foul of greenwashing despite acting only with good intentions. For example, poor quality or absent data might mean that it mis-assesses the green credentials of a product.

There are other, closely-related conduct risk challenges. For example, a firm may sell a green mortgage to a customer along with an add-on product to finance energy saving or green energy home improvements.  Is there a possible claim of detriment from the borrower if the financial payback of that improvement does not materialise – either in terms of reduced energy costs or of property price appreciation?

I was struck by how quickly some commentators concluded that the financial system was in good shape to manage climate risk because banks and insurers “passed” the Bank of England’s climate exploratory scenario exercise earlier this year. The results for from the ECB’s stress test of eurozone banks were also similarly reassuring.

At the same time, several other commentators observed that the scenarios were not severe enough. Scenario analysis does not of course need to break an institution to be useful, either for firms or supervisors. But if the scenarios are an order of magnitude too moderate, the insight they provide might be inadequate. What happens if in the next iteration of the Bank of England exercise the scenarios are more severe? Will firms still be able to absorb the losses? More practically, have firms properly understood their risk exposures?

This is not scaremongering or merely a point of introspective debate. Analysis from the UN ahead of COP 27 underscored that the world is not on track to reduce greenhouse gas emissions sufficiently to keep average temperature rises within the limit set by the Paris Agreement. Right now, a moderate, orderly transition scenario seems less likely.

Moreover, earlier this week, a joint report from the Financial Stability Board and the Network for Greening the Financial System warned that “current climate scenario analysis exercises may underestimate climate exposures and vulnerabilities”.

But is has taken more than a decade to develop the post-GFC regulatory framework, and it is not yet complete. By contrast, climate and sustainability are being embedded everywhere, and in short order.

The PRA and the FCA can do much of the work on climate risk regulation using their general rulemaking powers.  But some of the new foundations require legislation.  Given how much else Parliament has to deal with at present, there is a risk that some climate‑related material may be squeezed out. In my view, the most pressing initiative that needs to be legislated for is the UK green taxonomy. Some firms are in the interim following the EU taxonomy, but that effort will remain tentative until there is clarity on the UK approach.

The Financial Services & Markets Bill, which certainly will not be squeezed out, introduces a new regulatory principle: “the need to contribute towards achieving compliance with section 1 of the Climate Change Act 2008 (UK net zero emissions target)”.   In the EU, the proposed updated Capital Requirements Directive includes a new legal requirement for banks to prepare plans to address climate risks arising over the short, medium and long term.  Once these new rules are in place, supervisors will not only be able review the coherence of banks’ transition plans but will also be equipped to take action when they see shortcomings in such plans.

There is also a competitiveness angle to this. Normally, we do not lament the absence of legislation or regulation, but we need some of this to enable UK firms and markets to compete effectively.

So, in sum, now is not the time to take our eyes off the emerging risk horizon.

So, in sum, now is not the time to take our eyes off the risk horizon. 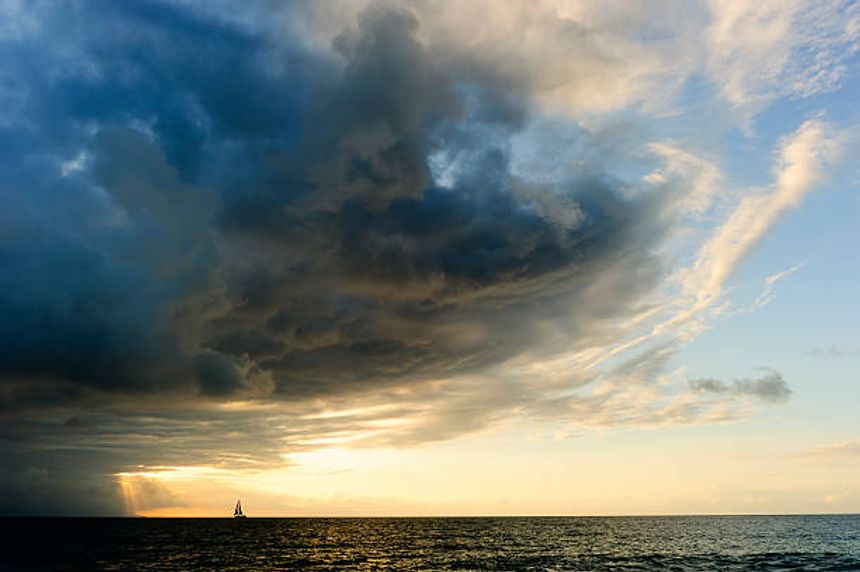