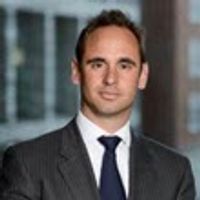 On 13th July 2022, the Single Resolution Board (“SRB”) published their first ever public assessment of bank resolvability. This follows a pattern of increasing transparency and making public disclosures in other jurisdictions such as the Bank of England in June 2022 and prior Federal Reserve Title I disclosures in the United States.

This blog aims to summarise the SRB’s assessment and the future priorities that have been outlined. Overall, the SRB’s assessment noted significant progress, with the largest banks being the most advanced, given their work on resolution requirements in other jurisdictions.

The Single Resolution Board (SRB)

The Bank Recovery and Resolution Directorate (BRRD) established the SRB in 2015, as the resolution authority for significant banks and investment firms within the Banking Union. The SRB’s publication is a significant milestone in the implementation of its resolution policy ahead of the deadline to be considered resolvable by the end of 2023.

The assessment is based on the work undertaken implementing key resolvability capabilities, using information accurate as of September 2021. The public assessment covers a few key areas such as i) preferred resolution strategies; ii) the current state of capabilities; and iii) the next steps for banks to be considered resolvable by the end of 2023.

For those firms where resolution is envisaged, 80% have a Single Point of Entry (SPE) bail-in strategy, whilst 20% would be placed into a Multiple Point of Entry (MPE) resolution. The SRB published factors which would determine the resolution approach, for example those where funding is spread throughout out the group and there is a lack of integration within their business model would be allocated as MPE.

The SRB’s publication shows that there has been substantial progress in most areas for all types of banks, with no bank noted as showing insufficient progress of key capabilities outlined for resolution. It is evident that further work is needed to reach best practice, with smaller banks needing to make the most progress to reach this standard in all areas.

All Globally Systematic Important Institutions (G-SII) and most other banks were found to have met the intermediate MREL target by 1 January 2022, with some already holding the end state target amount which comes into effect on 1 January 2024. Furthermore, all banks continue to improve and iterate their operational bail-in playbooks which are being reviewed by the SRB with testing of these playbooks being expected in the future. It was also noted that banks have progressed in maintaining the continuity of their critical functions and core business lines.

Figure 1: Progress made by banks on the key resolvability conditions outlined by the SRB[1] 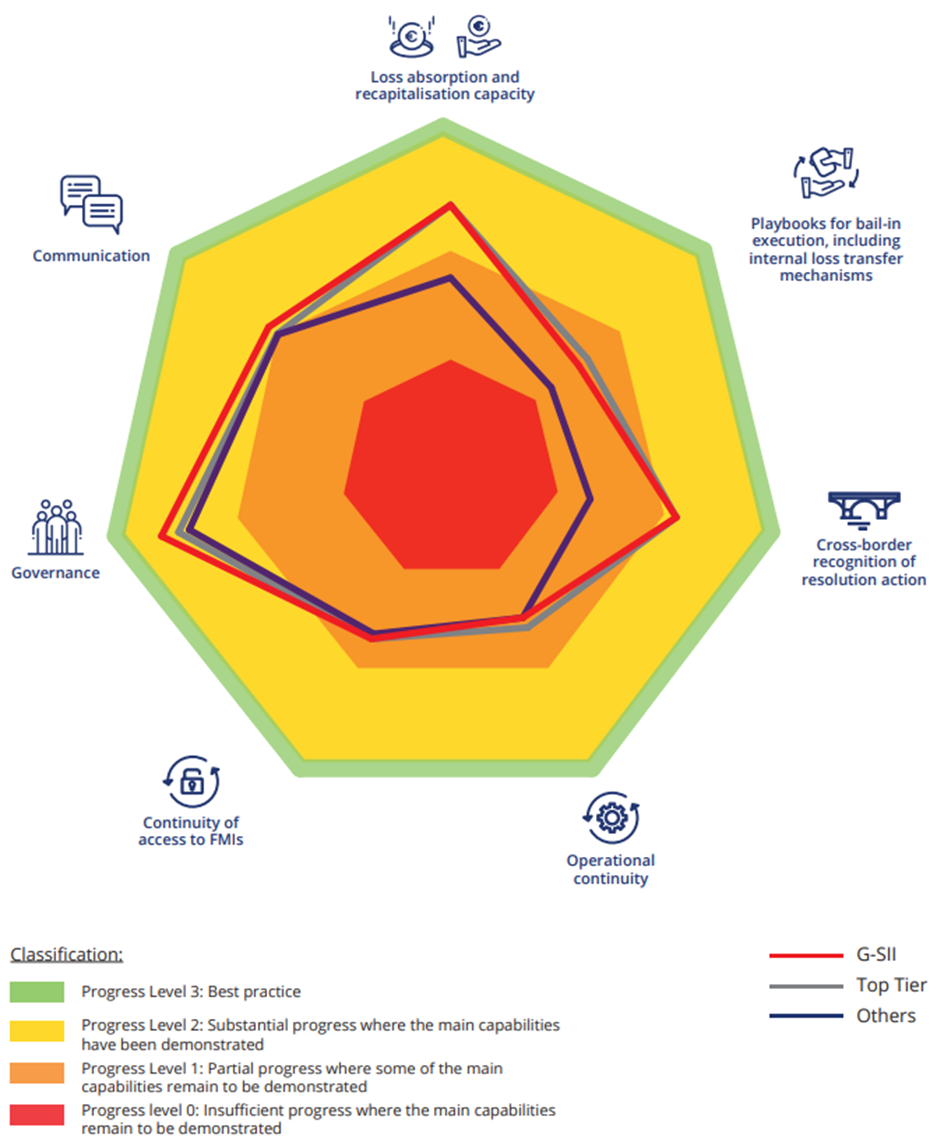 Liquidity in resolution: Further work on funding in resolution needs was completed at the end of 2021 and will be reflected in next year’s assessment. By the end of 2022 banks are expected to be able to have identified sufficient liquidity sources and collateral that could be mobilised in resolution.

Management information capabilities: Regarding the development of management information systems for producing resolution planning, banks have made important progress in a number of areas, however this remains an ongoing task. At the end of 2021, banks were expected to be able to have capabilities to produce the data set required for bail-in execution and conducting a valuation with the assessment of this being reflected in the update that will be published next year.

Reorganisation plans: A further priority area that SRB are focusing on is separability and reorganisation. Banks will be expected to demonstrate restructuring and reorganisation capabilities or the feasibility to separate portfolios depending on the resolution strategy implemented by the bank.

Testing: Finally, going forward the SRB have stated that banks will be requested to “take a holistic view for testing their resolvability conditions every year, according to a multi-annual work programme”. With the idea being that banks then make required adjustments to increase resolution readiness. 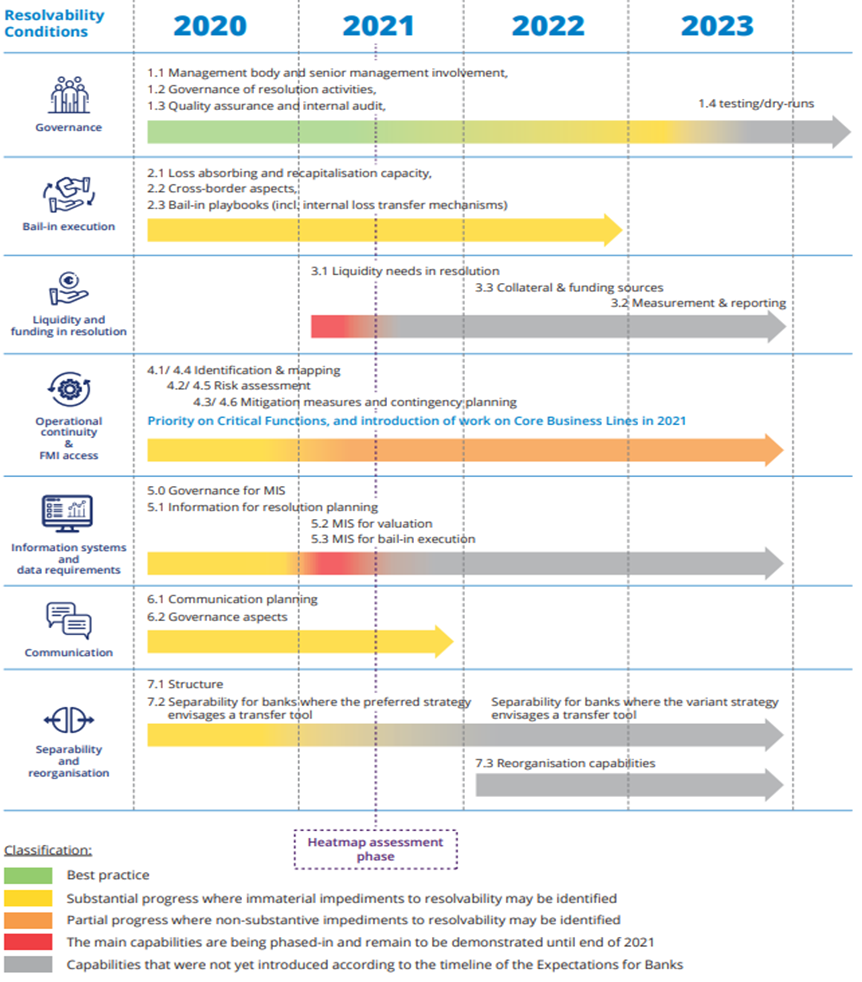 “Marathon, not a sprint”

To conclude, as the SRB has highlighted, “the development of resolvability is a marathon, not a sprint” and despite the significant progress, there is still plenty of work to be done by banks in order to be considered resolvable by the end of 2023.

In Q1 of 2023, the SRB will publish a further update on the progress of banks relating to the work that is ongoing. In the meantime, the SRB will work on the further operationalisation of the resolution strategies by introducing more testing and dry-runs. 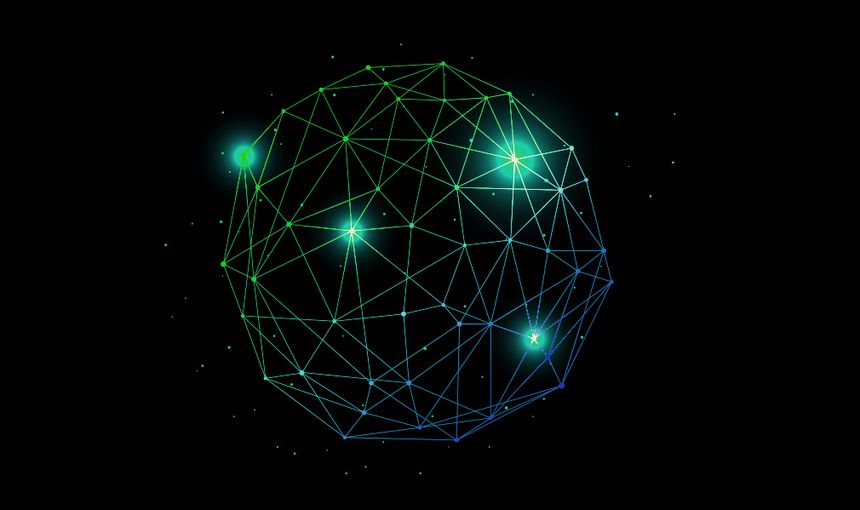