We want to be green - consumers tell payment providers 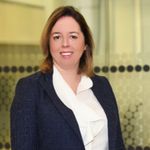 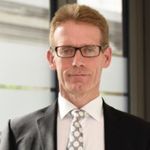 Our survey of around 1,800 consumers found that 69% want their consumption to be environmentally friendly – and that figure rises to 75% for women and 74% for ABC1 individuals. Most people want to be green.

Unsurprisingly, therefore, 68% would be pleased if their PSP offered environmentally friendly products and services – a figure which rises to 76% among 18-24 year olds of Generation Z.  Green credentials are, therefore, potentially a powerful sales attribute for PSPs seeking the business of young people.

But there is a problem. Few people can identify an environmentally-friendly PSP. In our survey just 5% of respondents said they could do so – though that figure rises to a still low 11% of those aged 18-24. This suggests there is an opportunity for any PSPs that can establish their environmental credentials. Doing so will be a way to stand out and may attract customers, though only 38% of respondents to the survey said they would actually be moved to switch their PSP on environmental grounds. 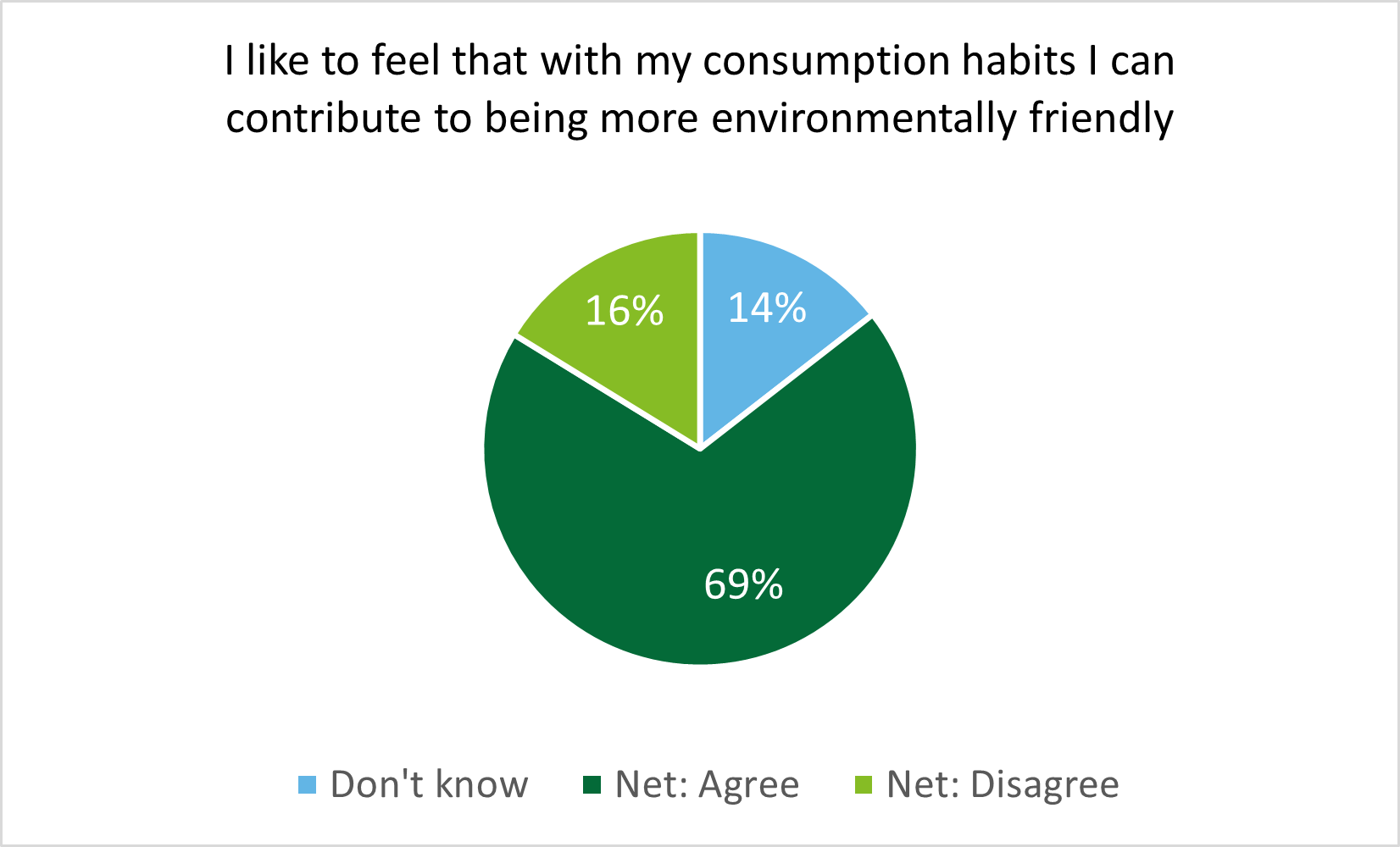 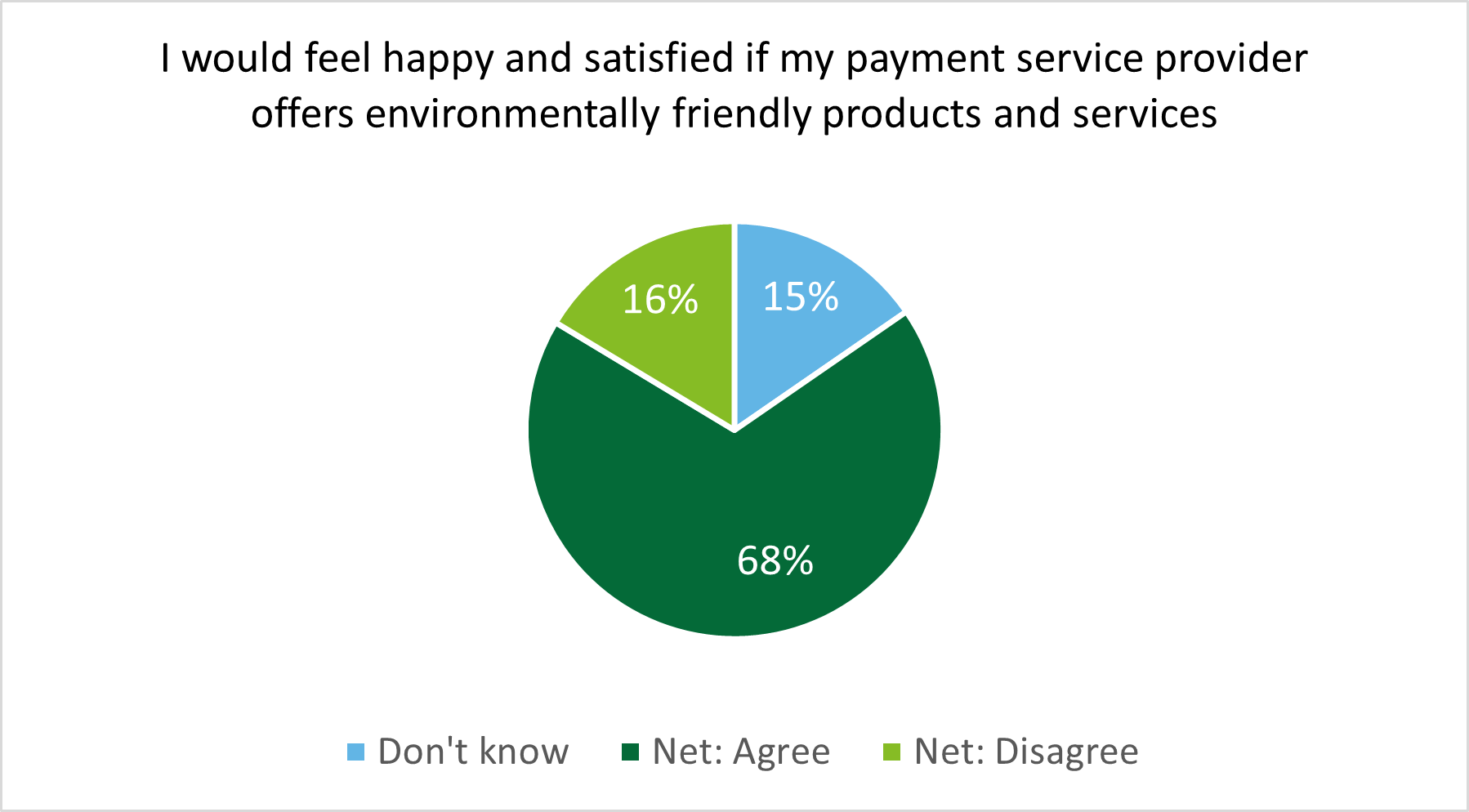 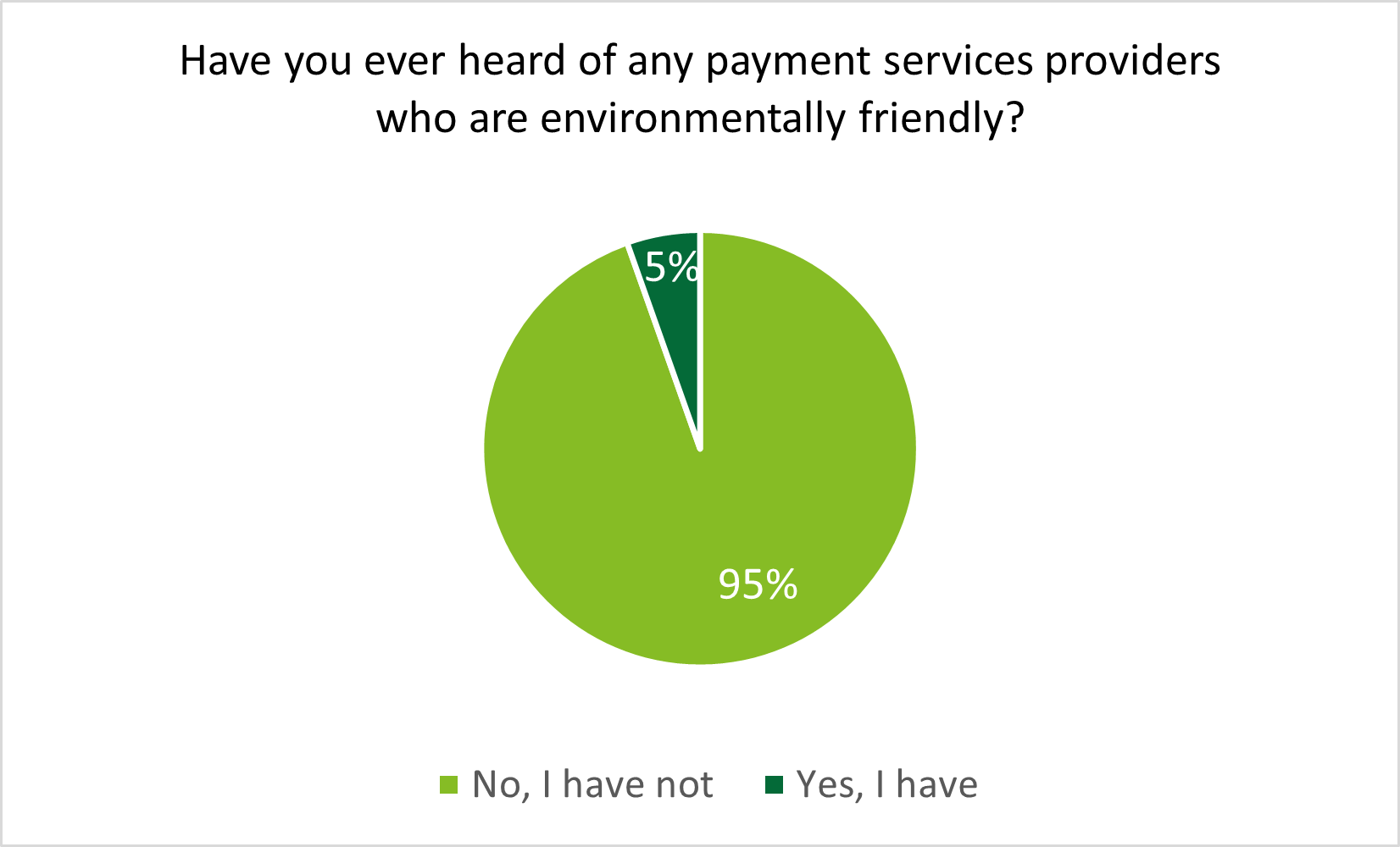 How (not to) play payment app prompts: carbon footprint

Our survey explored how PSPs might use their payment apps as a means to engage with their customers on the environment.  But the response to many ideas was lukewarm. Only 46% of respondents said they would like their PSP to show the carbon footprint of, for example, their purchases of fuel, groceries, and services like restaurant meals, in the past month – and 36% said they were not keen on the idea. Nonetheless, women were generally more favourable than men, and the youthful 25-34 year old age group were most positive, with 56% for the idea against only 27% that were opposed to it.

Live prompts on the carbon impact of purchases were still less popular, with only 38% of respondents welcoming the idea and almost half, 46%, against it. Men were particularly resistant, with 49% responding negatively.  It would seem that many customers want to take their payment decisions without being nudged by PSPs.

Similarly, respondents were generally averse to the idea of PSPs setting a carbon footprint maximum on their monthly purchases. Only 30% agreed with this idea, while 49% were against. Again, men were more hostile, with 55% opposed, and a majority of older people, of 55 years of age and more, were also opposed, with 54% against and only 26% for. 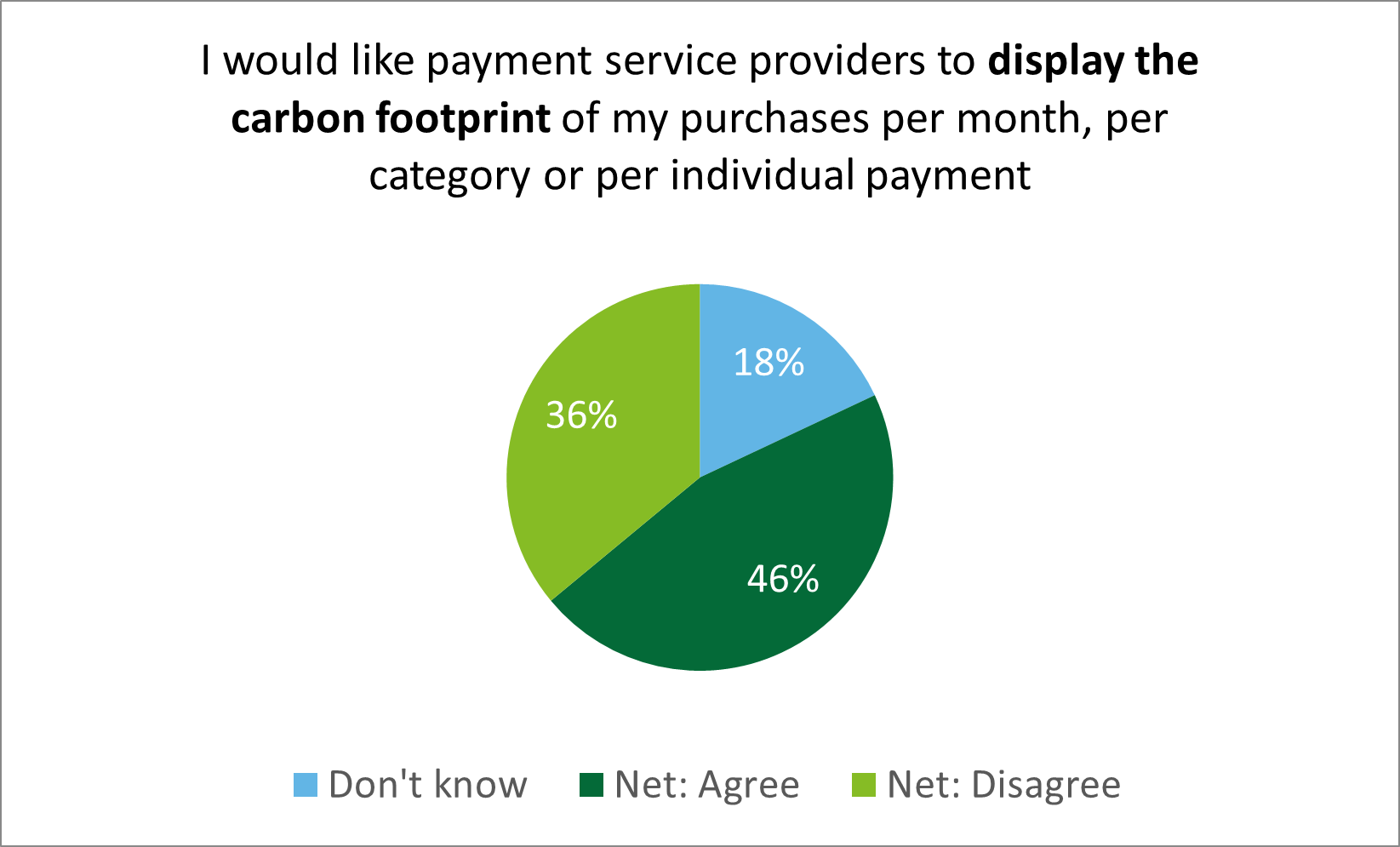 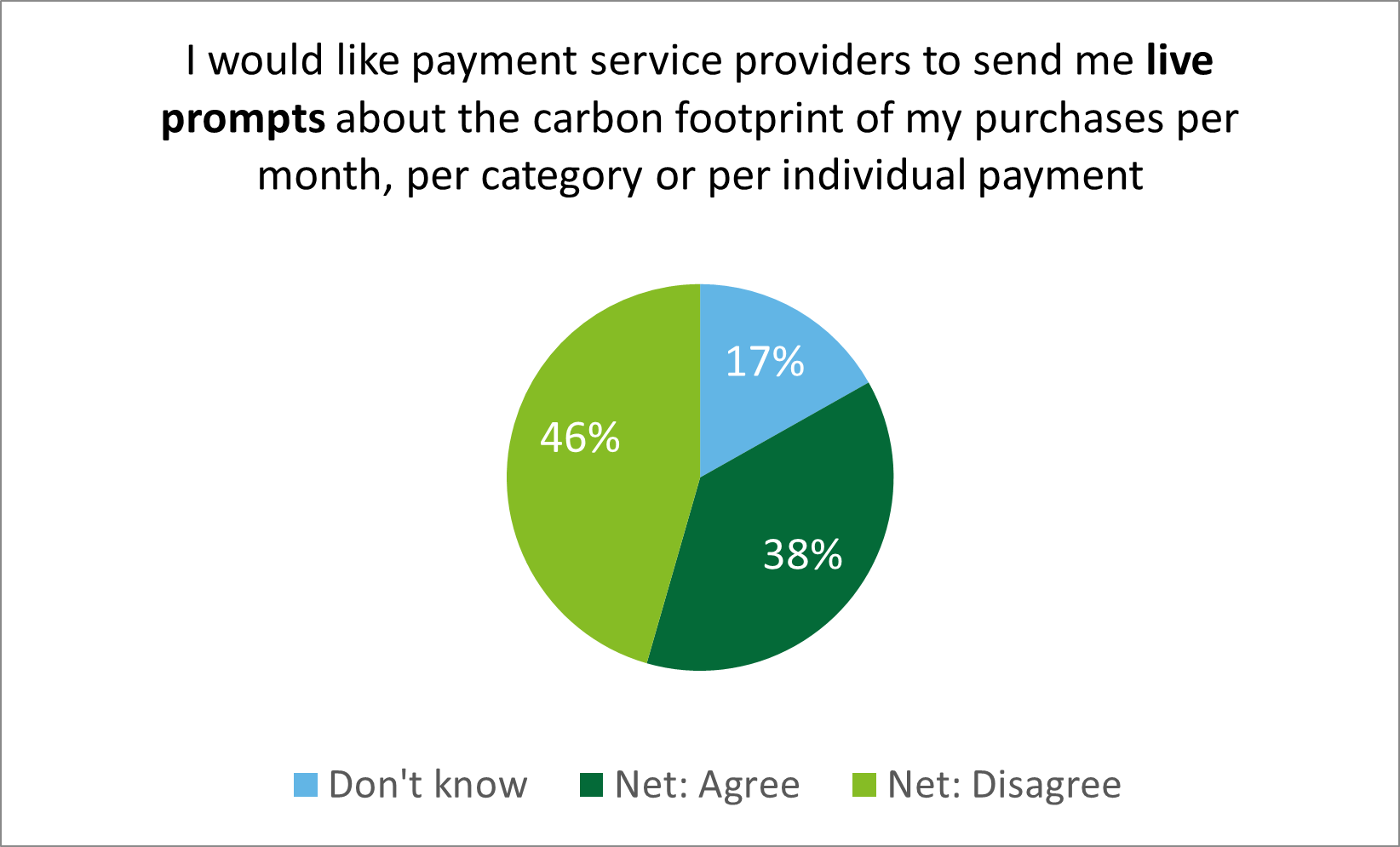 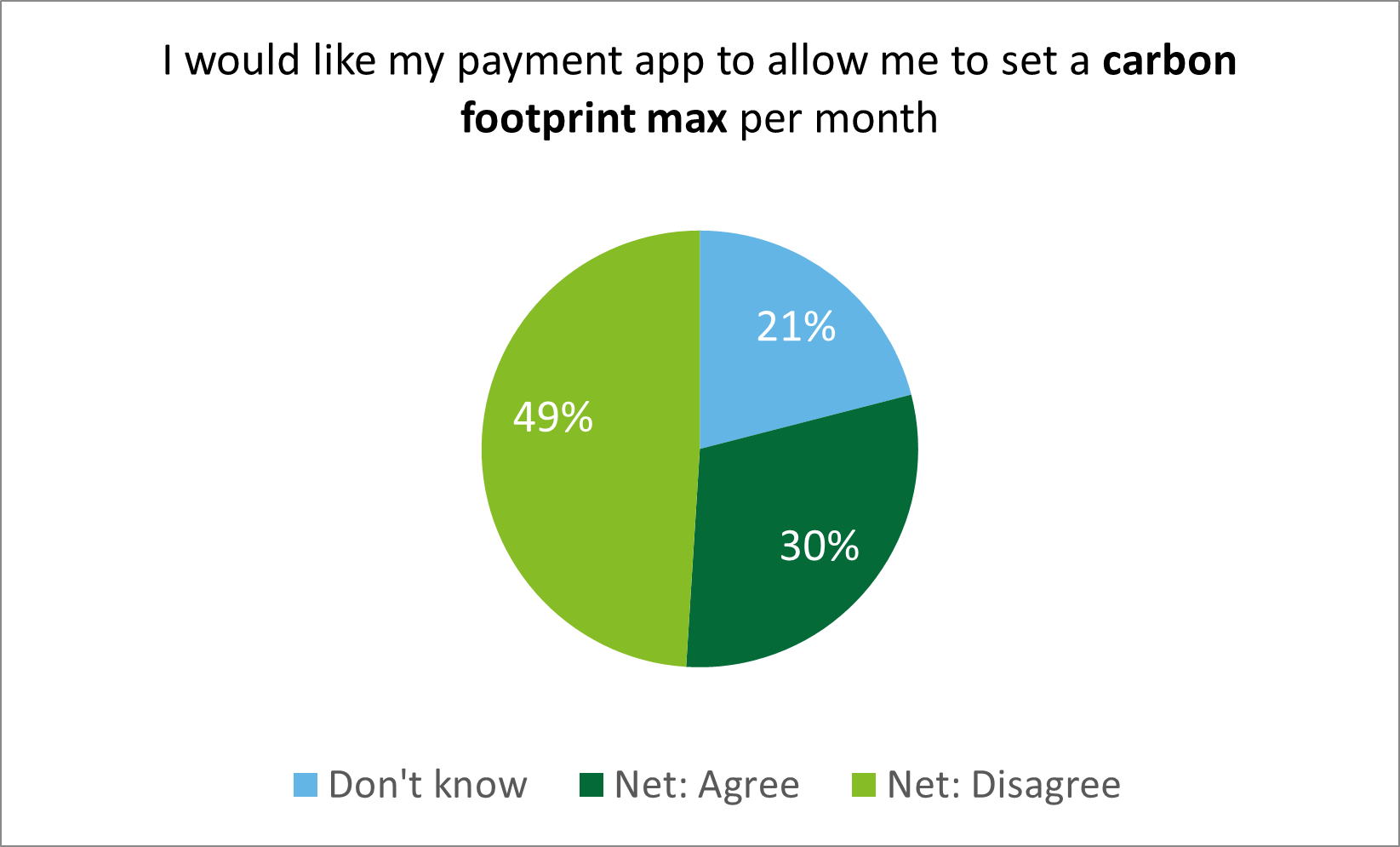 People want to be climate-friendly, but they don’t seem ready for PSPs to actively discourage purchases that have a high carbon footprint.

Sharing of carbon footprint data with family or friends, in order to spur greater awareness, was also, for most respondents, an unwelcome idea.  Only 27% liked it, while 54% were against.

Nor did most respondents want to share additional personal data with the PSP in order to enhance the information given to them on their personal carbon footprint. Only 32% were for that, and half were against.

Respondents were more open to recommending a PSP to family and friends because of its environmental credentials. A net 45% of respondents said they were willing to do that, though a sizeable 33% were not.

Rewards prove the most rewarding, especially among the young

Respondents proved far more responsive to the idea that they should be rewarded for doing the right thing in terms of their carbon footprint: 62% were for and 24% against. Older people, aged 55 and over, dragged down the average, with 52% in favour, and 32% against.  Perhaps older people want to do the right thing for the planet and don’t feel they need any incentive. Younger people, on the other hand, are eager to be rewarded. Of those aged 18-24 years, 73% were for rewards and just 14% were against. 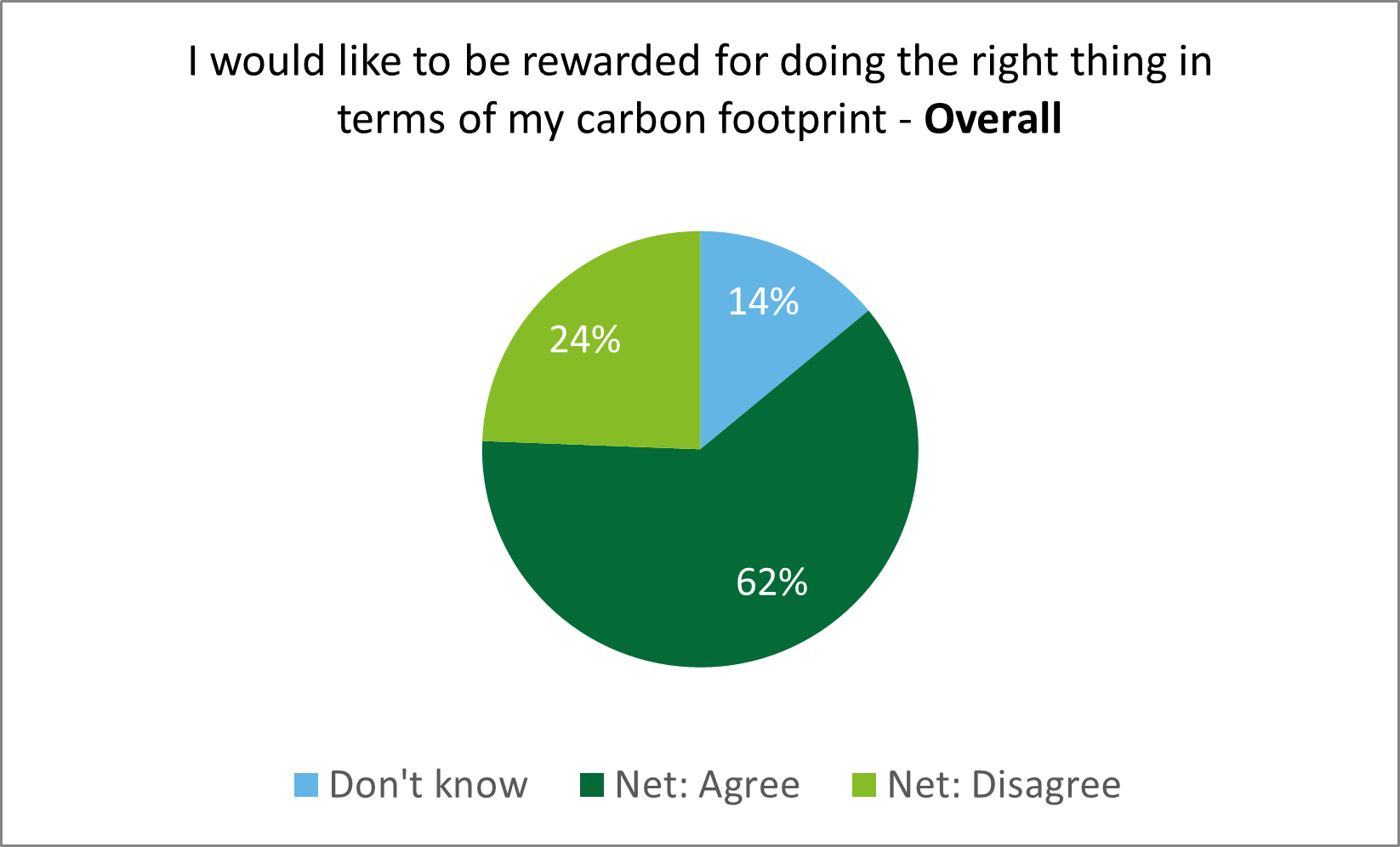 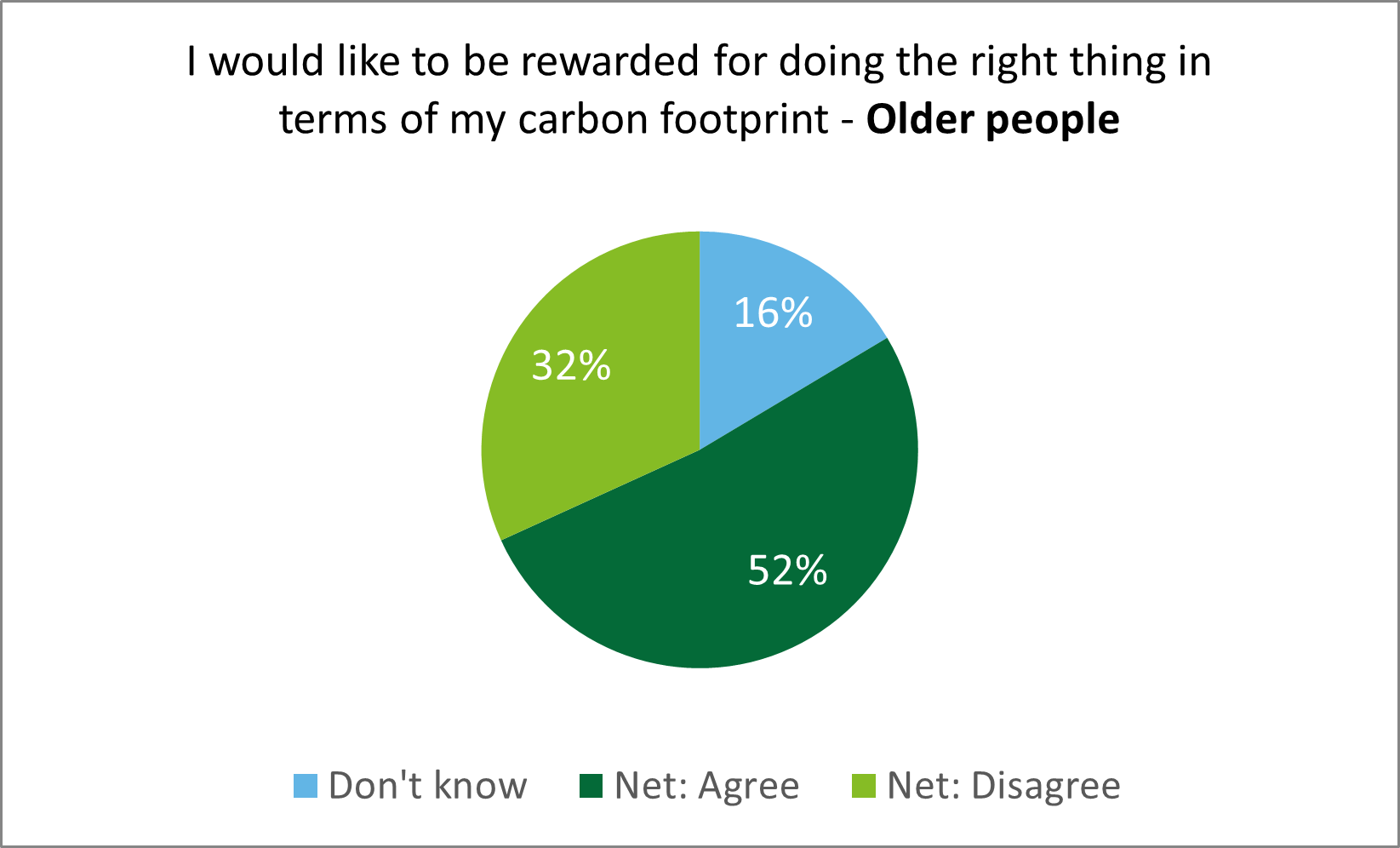 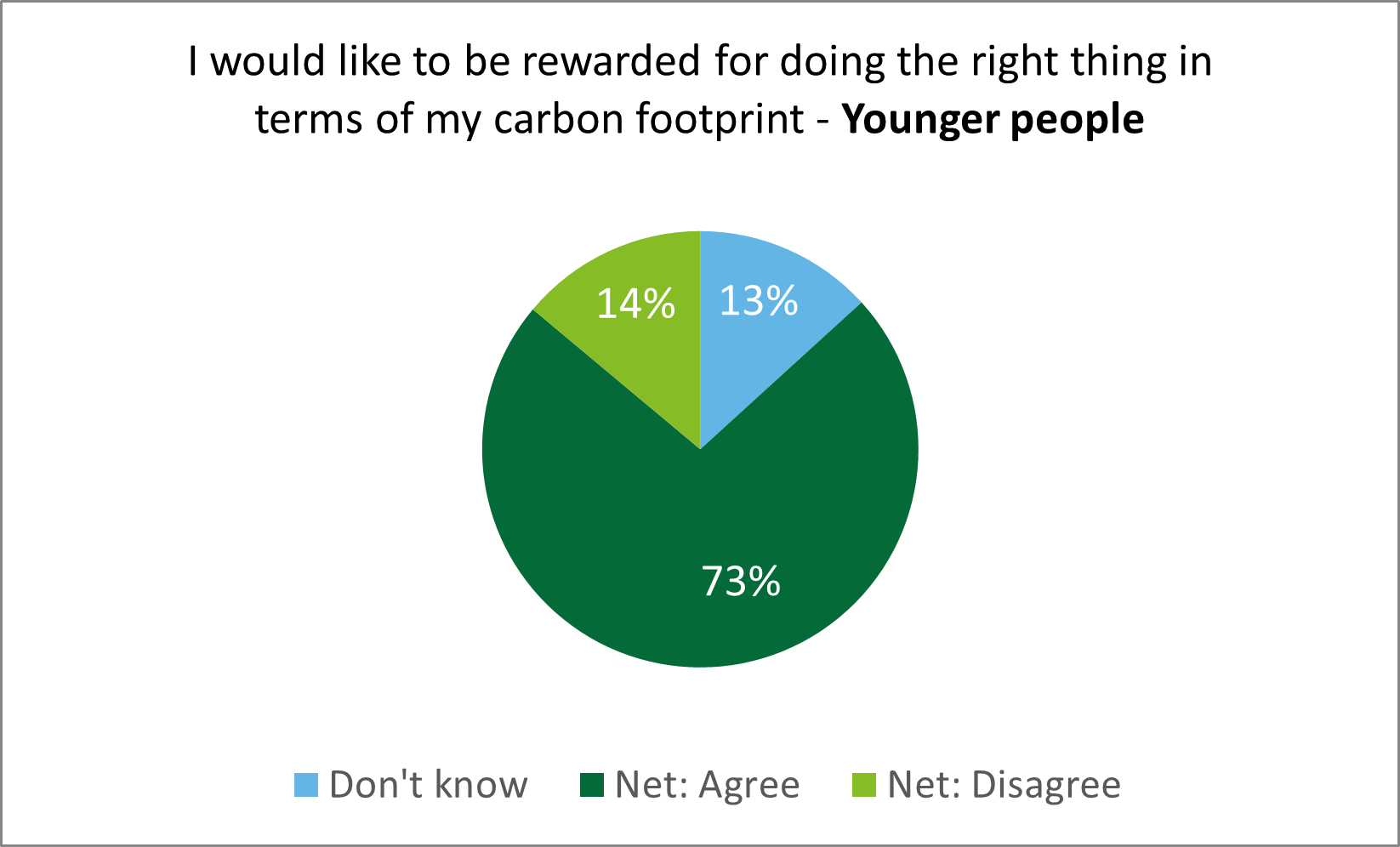 We see the first lesson for PSPs as being that they need to establish their environmental credentials.

At present no PSP has created the perception that its behaviour, products, and services are environmentally friendly. Doing so is likely to enhance the company’s appeal across age groups. Most people want to believe they are acting responsibly on the climate, and they want the goods and services they consume and the companies they interact with to be responsible, too.

Young people think it’s right to be green and like the idea of being rewarded for doing the right thing. A service that pats them on the back for making climate-friendly purchases may be highly attractive to them.

The Authors would like to thank Dr. Alexandra Dobra-Kiel, behavioural science expert for her contribution to this research. 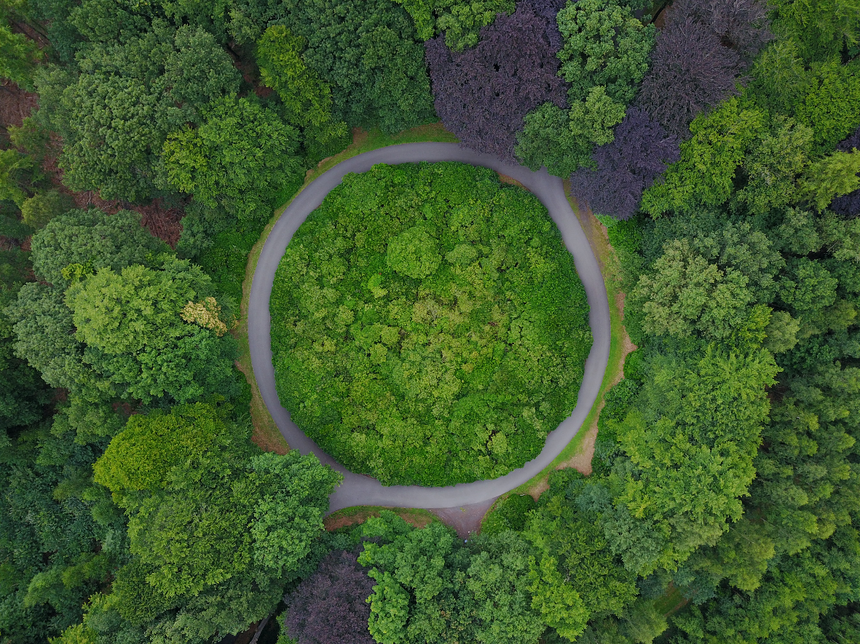