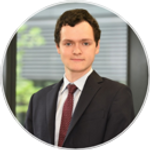 First outlined in the Bitcoin Whitepaper, published by the pseudonymous Satoshi Nakamoto in 2008, blockchain was devised as a solution to the double spend problem of peer-to-peer digital cash. Blockchain provided the opportunity for decentralised cryptocurrencies to develop by acting as an immutable record of network activity that can be validated by any party in the network.

In the years since Nakamoto’s paper, sell-side financial institutions have been grappling with if and how to engage with growing client interest in cryptocurrency, particularly amongst younger wealth management clients; 47% of millennial millionaires hold more than 25% of their wealth in cryptocurrencies. To date, such products have tended to be cash settled derivative contracts or offered via third party partners, removing the need for banks to handle cryptocurrency directly. Consequently, bank engagement with cryptocurrency might best be described as tentative.

By contrast, there is clear momentum in the application of blockchain to resolve existing pain points in the infrastructure of financial institutions. While blockchain’s genesis was inextricably linked with bitcoin the technology has applications beyond peer-to-peer digital cash. Indeed, many financial institutions have found that, to date, the most compelling use cases have been in the enterprise infrastructure space, providing an alternative to existing processes. According to our 2021 Blockchain Survey, over 75% of financial services respondents believe that their organisations will become less competitive if they fail to adopt blockchain.

Capital markets infrastructure and the processes that rely on them can be complex, error prone and expensive. In some instances, banks are using systems that are decades old and are held together by manual data transformation and reconciliation. This in turn drives operational risk and inflated cost, through the need for increased headcount. While there are non-blockchain solutions available, these often fail to address root causes and represent an additional application layer that adds to complexity.

Here we outline three use cases for blockchain in capital markets infrastructure that are gaining traction and we expect to be key priorities in the coming years.

Capital market institutions have complex legal structures, driven by the regions and businesses that they operate in, with complex booking flows between different entities. This necessitates a network of internal inter-entity payments.

Blockchain based smart contracts offer a potential solution to effectively facilitate such flows. Smart contracts are programmes held on blockchain that are triggered when pre-determined conditions are met. An in-house blockchain network would allow a bank to manage internal payments much more efficiently. When a payment agreement is made, a smart contract is written and broadcast to the internal network. The blockchain maintains a transparent record of all transactions within the network, significantly reducing manual processing costs, saving time and providing efficiency through netting opportunities; HSBC's blockchain-based FX Everywhere platform now executes significant volumes of FX payments and balance sheet transfers within the bank.

In addition, once scaled, internal use cases can be offered externally as a source of diversified revenue. For example, in December 2021 Wells Fargo signed an agreement to use FX Everywhere to settle currency trades made with HSBC bilaterally, rather than via CLS*.

When a trade is executed the details are recorded separately by both counterparties involved in the deal. Not only does this create two records of the trade but an individual party may end up with multiple versions as the trade makes its way through the organisation’s internal systems. Differences in trade details introduce the requirement for manual reconciliation if counterparties disagree on the details. Up to 10% of trades may be subject to such errors, reducing levels of straight-through processing and driving cost for those involved.

Blockchain could reduce or eliminate common post-trade issues by enforcing agreement at the time the trade is made. This would reduce the need for manual reconciliation, with the knock-on impact of reducing costs through streamlined Operations headcount.

Reduced settlement times are also cited as a potential benefit of blockchain applications. Euroclear ran an experiment with Banque de France in Spring 2020, running hundreds of dummy OAT** trades through a blockchain-based settlements network. They concluded that the technology has the potential to reduce securities settlements time to T+0 (i.e. end of day). Others go further, with a target of real-time settlement.

There are certainly potential benefits associated with reduced settlement timeframes. Equities, for example, settle on a T+2 basis which introduces risk and requires participant to commit capital to outstanding trades. However, for other asset classes the benefits are less clear cut. Net settlement is widely used for FX transactions, which reduces the value and volume of transactions by an average of 98% daily. In such instances the benefits of real time settlement will need to be balanced against increased transaction volumes.

Complete and accurate KYC checks are a cornerstone of financial institutions regulatory obligations. However, the processes themselves are highly manual, particularly when onboarding clients with complex legal structures or financial arrangements. These manual processes require large teams to support; Goldman Sachs estimates that headcount costs represent up to 80% of KYC budgets.

Blockchain has potential to simplify KYC processes, increasing transparency and mutualising costs across the industry. Blockchain verified client credentials such as proof of identity, or proof that a company exists can be stored and accessed by network users in a transparent way. There are now several providers offering such services, for example the Global Legal Entity Identifier Foundation can connect to a blockchain network to provide verifiable credentials for organisations. Each bank must still carry out its own checks, but KYC can be streamlined because the manual processes associated with verifying client credentials are reduced.

Several obstacles remain before such an industry utility could be established, not least clarity on the regulatory responsibilities of each bank under such a system. However, the potential of such a system is clear and we expect banks to continue exploring opportunities in this space.

We expect that blockchain infrastructure solutions will continue to scale across the industry but that the model of engagement will vary by institution. Most banks will be able to realise a significant number of the benefits associated with blockchain by plugging into existing or emerging networks, rather than building their own from scratch. However, firms with the necessary expertise and resources may wish to develop networks of their own that can be offered externally as a new, diversified source of revenue. We envisage that such services will evolve from internal use cases that have demonstrated utility, such as intra-company payments, and that do not require a critical mass of participants as a prerequisite for success. The decision surrounding build vs. plug-in will come down to whether a bank wants to be an infrastructure provider or infrastructure user. For most banks it will not make sense to attempt to create their own networks. Ultimately, the benefits of infrastructure solutions scale with participants and we expect a handful of networks will come to dominate.

For more information on how Blockchain technology is changing the nature of business, read Deloitte Insights Tech Trends 2022 - Blockchain: Ready for Business 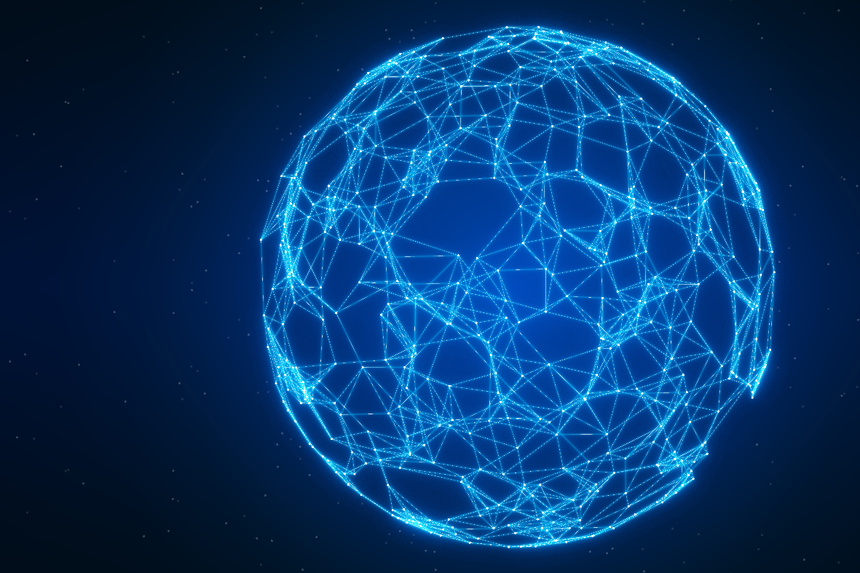