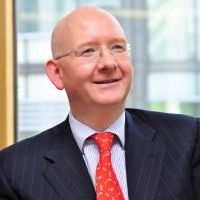 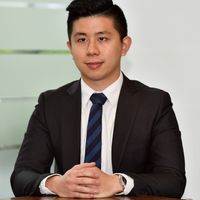 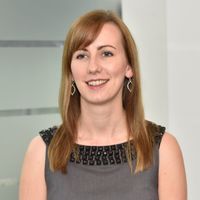 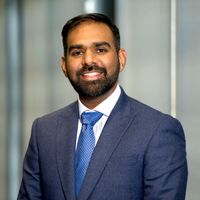 On 21 February 2022, John Glen MP, Economic Secretary to the Treasury, gave a speech on the Solvency II reforms at the Association of British Insurers’ Annual Dinner. This represents the first real indication of the detailed changes being proposed as part of the package of Solvency II reforms. He highlighted five main areas within his speech as follows:

We have considered each of these areas in turn below.

1. Reduction to the Risk Margin

Within the Quantitative Impact Study (“QIS”) exercise conducted by the PRA, both a Margin Over Current Estimate (“MOCE”) approach, similar to the one used in the International Capital Standards (“ICS”), and a Lambda-reduction factor approach, similar to what EIOPA are proposing, were explored. The 60%-70% reduction in the RM for long-term life insurers quoted by the Treasury is in excess of the quantum of reduction indicated by the ABI as resulting from the QIS scenarios.

Whilst no details were provided on how the Treasury landed at the particular range, we believe that both QIS designs can be easily tweaked to achieve such a reduction in RM.

a) The MOCE approach could be calibrated to reference a different percentile or to exclude certain types of “non-hedgeable” risks. For example, operational risk could be removed from the determination of the RM, which will bring the approach more in line with the approach used by the ICS.

b) The Lambda-reduction factor approach is sensitive to certain factors such as the Lambda factor which determines the speed at which the projection of the non-hedgeable capital requirements is assumed to run-off by, or the cost of capital rate. Both parameters could be adjusted from the QIS designs to achieve a greater reduction in the value of the RM.

The speech talked about the reduction in pro-cyclicality and stabilizing of the balance sheet. Both the measures, or variations discussed above, result in a RM that is less sensitive to interest rates from a first order perspective, and any reduction in the magnitude of the RM should serve to diminish the weighting it has on the overall balance sheet, thereby removing a source of interest rate volatility.

2. Reassessment of the Fundamental Spread

The Economic Secretary stated that the Fundamental Spread does not account for the uncertainty around defaults and downgrades and that it is not sufficiently sensitive to inherent differences between various asset classes and quality ratings. He also stated that the FS should not be materially impacted by short-term fluctuations in market spreads, if at all. These themes are explored below:

The QIS designs explored by the PRA leads to an FS that is sensitive to short term fluctuations in market spreads as they are derived as a function of the prevailing z-spreads. The statement does indicate a willingness for stability, therefore indicating that an FS based on a more stable spread metric would be more palatable. This could indicate a desire to converge in the middle of two extremes, with one end being EIOPA’s current relatively static calculation of averaging over 30 years and the other end being PRA’s QIS design of using the z-spreads. The PRA did incorporate the use of a 5-year average spread in the QIS designs which are less susceptible to short-term market fluctuations and could gain more traction in future designs.

The current FS design is constructed around long-term expected default and downgrade probabilities with no allowance being made for unexpected changes in these probabilities. The QIS design introduced the Credit Risk Premium (“CRP”) which is linked to the level of prevailing market spreads. The design’s intention appeared to use prevailing spreads as a signal for the market’s view on uncertainty around default and downgrade costs. The Treasury’s statement supports this and indicates that we will see the use of market signals in the final FS design to capture uncertainty in defaults and downgrades, subject to the point about short-term fluctuations discussed above.

c) FS not being sufficiently sensitive to differences between asset classes

The FS in its current construct is calibrated based on corporate bonds which is a deeply liquid market, meaning that the market implied spreads are expected to be reflective of investors’ views on the return required for taking on the risks of corporate bonds. The criticism of the current regime is that this corporate bond-derived FS is then universally used for all asset classes, regardless of the degree of heterogeneity that exists between them. For instance, illiquid assets which are valued through more subjective mark-to-model techniques will be subject to idiosyncratic forces that will influence its price and spread, meaning that a calibration based on corporate bonds would be inappropriate. The statement signals that some differentiation between asset classes is to be expected.

d)  FS not being sufficiently sensitive to differences between ratings

Based on the current regime, the FS is almost completely static, and it has little sensitivity to changes to spread movements by construct. This is due to the FS’ long-term average underpin, which currently drives the FS across most credit quality steps. The Treasury’s stance suggests that the FS of assets of different ratings should react differently to changes to spreads in a different way. This is not an entirely new concept to UK firms as existing capital models do reflect this expected behaviour under stressed conditions. The Treasury’s statement indicates that this should be brought into the base FS as well. As we expect to see more volatility in the spreads of lower rated assets, we should expect to see a greater sensitivity of the FS for such assets as well.

The Treasury’s speech made clear that any new methodology should incentivise investment in infrastructure and other long-term productive assets, for example the speech confirmed that the MA sub-investment grade cap will be removed. This is in line with the objectives for the Solvency II reforms. However, for such an objective to be achieved, the PRA may need to rethink the FS designs explored in the QIS:

The speech confirmed a broadening of both the range of assets and liabilities eligible for the matching adjustment portfolio. The former will include assets with the option to change the redemption date, and the latter will include income protection products and products that insure against morbidity risk. While this statement is in line with previous indications, this is the first instance of such a definitive statement being made.

The changes in liability eligibility are a positive move and align with the Treasury’s general objective of making key insurance cover more affordable to the masses. It will be interesting to see the extent to which protection providers make use of these new tools and whether any reduction in reserves from using the MA translates to more favourable pricing. Multi-line providers for whom protection only contributes a modest proportion of business may be less likely to invest the time and resources to apply for MA on their protection portfolios particularly if they are to be managed as a separate Matching Adjustment Portfolio, whereas it may be more beneficial for specialist protection writers to do so.

In making all these changes, the Regulator, from a prudential perspective, will want to be certain the changes do not expose policyholders to additional risks i.e. from insurers investing in attractive assets without the relevant expertise and experience and the appropriate risk management processes in place.

4. Increase in speed of applications for assets to be eligible for MA

The speech highlighted the intent to speed up the assessment and approval of applications for assets to be eligible for the matching adjustment, with greater flexibility in the treatment of assets without historical data.

This signals that these applications could apply the principles of “same features applications” where firms who are able to demonstrate that new asset classes already fit into existing processes for valuations, ratings and capital will not need prior approval to invest into these assets. It could also place more emphasis on expert judgement.

Firms may be willing to consider a variety of assets that fall within the general definition of eligible assets to include within their applications and could even be more speculative in their applications. The PRA will need to find the appropriate balance between delivering in line with the Treasury’s objectives and applying appropriate prudential principles for assets where significant basis risk from similar assets or uncertainty could exist.

The speech talked about a capital release of “as much as 10% or even 15%“ for life insurers. In itself, this appears to be a departure from previous PRA sentiment that no material decapitalisation of the industry would be expected but the clear expectation is that rather than being a windfall these resources would be invested in growing the life insurance industry.

In any case, it is unclear how a figure for an aggregate reduction in the capital could be derived by accounting for changes in the Risk Margin and base MA in isolation. One key area which the speech did not touch is the capital requirement implications following any changes to the FS, and this aspect will have a material bearing on any final outcome of the aggregate financial impact on the industry.

a) Speeding up of Internal Model approval process

The speech confirmed that the number of standards will be reduced to speed up the approval process. It remains to be seen to what extent this will be beneficial to the industry as most life businesses of a sufficient scale already run an Internal Model. If this further translates to a reduction in the onerousness of Model Change Applications for existing Internal Models, this could represent a substantial reduction in the regulatory burden faced by firms.

b) Simplification of the Solvency II transitional measures

The speech indicated that the simplification of the transitional measures is to reduce the administrative burden for firms from maintaining legacy systems. This will be welcome news for many. Aspects of the Transitional Measure on Technical Provisions (“TMTP”) calculation that could be revised include the removal of the Financial Resource Requirements (“FRR”) test and hence the need to calculate the Solvency I Pillar 1 position.

The speech reinforced the current trajectory in the UK of the streamlining of reporting requirements. The PRA has implemented phase one of a two-phased consultation process, with the first phase reducing the volume of information required to be reported and the second phase entailing a more in-depth review of each component, incorporating any reforms.

The Government will publish a full consultation document in April, which will include proposals and supporting analysis. This will be followed by a more detailed consultation by the PRA later in the year. 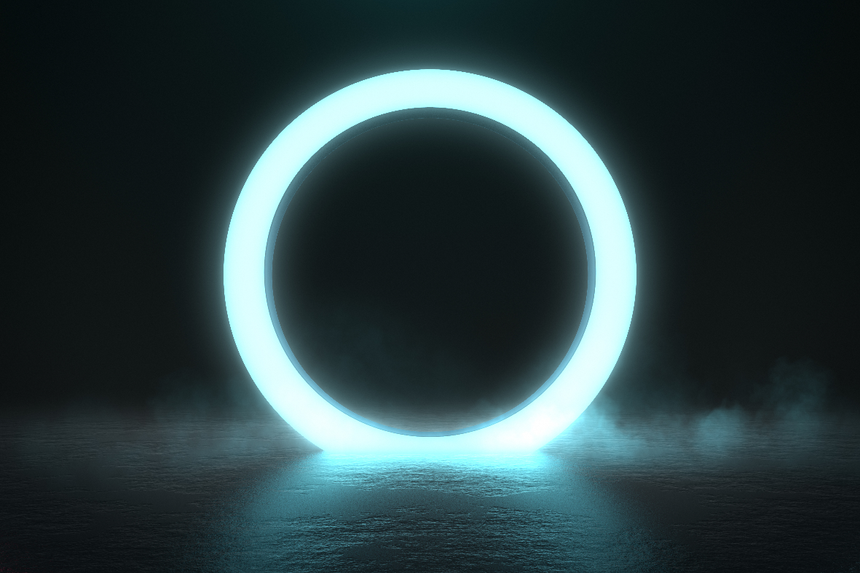