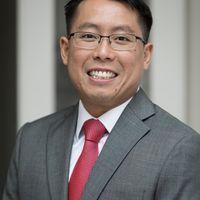 South-east Asia’s largest economy has been hit the hardest by the COVID-19 crisis out of all its ASEAN peers, with over 500 million recorded cases, over 16,000 fatalities and still elevated daily infections. Despite stimulus measures, this has already translated into adverse economic forecasts for the nation: the economy has slipped into a technical recession with a real GDP expected to contract by 1.5% in 2020, and a fiscal deficit forecast of 6.3% of GDP, the widest in decades.

Similar to other countries, extended state support, relaxed accounting rules and the general uncertainty have obscured the real financial situation across the predominantly capital resilient Indonesian banks. According to Fitch, the average NPL ratio has increased marginally to 3.1% as of H1 2020, up from 2.5% in 2019. Credit costs have increased to c.2% of gross loans, up from 1.4% in 2019, while almost 18% of total loans have been restructured following the regulatory forbearance (5% in 2019). The general consensus is that these markers are likely to deteriorate as soon as the government support is lifted.

COVID-19 economic stimulus measures adopted early on included a corporate income tax reduction from 25% to 22%; a six-month debt payment moratorium for affected micro loans for businesses; a postponement of credit or leasing payments applicable for SME and non-SME up until 31 March 2021, and accelerated VAT refunds, to name a few. The extended government spending to fight the pandemic has resulted in a temporary relaxation of the State Budget deficit policy above 3% up until 2022, with the latest reported figure reaching 4.16% of the country's GDP as of September 2020, as well as a temporary direct financing of the deficit by Bank Indonesia, the local central bank.

The immense state efforts to support the economy have sparked conversations that Bank Indonesia should be brought under closer political control to help the government with economic growth and job creation following COVID-19. This initiative has not been welcomed by some analysts fearing that the government interference would undermine confidence in the largest economy in the region. Current laws prevent Bank Indonesia from financing the government via any form apart from secondary market bond purchase.

In addition to the recent news on Bank Indonesia’s benchmark rate reduction to a record low of 3.75% to incentivise banks to lend more, and the successful development of several COVID-19 vaccines, the new Omnibus law is giving hopes for a quick economic recovery in Indonesia. The landmark bill is expected to streamline the foreign investment process by simplifying rules and regulations across a range of industries. The law would cover a range of critical points, from ease of opening a local business and tax incentives to an establishment of the Indonesian Sovereign wealth fund. How deep have the markets gone?
Chi-Nang Kong
Recent posts from All UK Financial Services