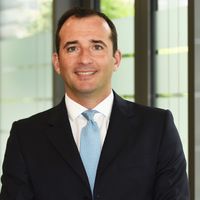 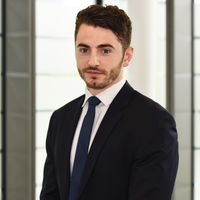 For years Global Markets and Investment Banking divisions suffered from what seemed to be an irreversible decline in financial performance that led many banks to rebalance capital away to other divisions and reduce balance sheets.

Stagnating trading revenues, high cost income ratios (>70%) and increased regulatory capital requirements led the best performing banks to achieve only a ~3% operating return on RWAs, with a large number of European players well below ~1.5% in 2019.

There are multiple reasons for this ranging from the loss of economies of scale for banks that downsized their business; a pivot to commission based business models at a time of historically low volatility; increased competition from non-bank and lightly regulated players such as market making firms and hedge funds and the shift of large portions of the economy to private markets.

However, Q1 this year marked a change, both in absolute terms and relative to the performance of other divisions of banking groups.

As clients repositioned their portfolios in the midst of exceptional market volatility, trading volumes soared (along with commission fees), pushing revenue increases well into the double digits. This was particularly evident in FICC, where revenues soared by a staggering 30 to 40% year on year.

Overall, banks appear to have navigated volatility well so far, demonstrating that the market infrastructure put together after the global financial crisis has been effective in reducing knock on effects across the industry. The operational challenge of managing remote working for frontline staff and trade settlement do not seem to have had a major performance impact. Defaults of some commodities traders and hedge funds has not spilled over to other market participants.

The question now becomes whether the performance is sustainable going forward.

While it is very challenging to forecast a long term market conditions, we think that the banks who have the required capital and risk management capabilities should re-evaluate the strategic importance of providing clients with access to capital markets.

The increase in global financial assets and liabilities and the need to help governments and private companies finance and restructure their balance sheets can lead to increased client flows in Equity and Debt Capital Markets, Government Bond trading and Structured Finance.

Increased client activity should directly translate to improved efficiency ratios given that roughly two thirds of the cost base is fixed and many banks already have aggressive cost reduction initiatives in-flight.

However, the availability to re-deploy capital to an existing trading business can be a challenge as other poor performing divisions may not be able to release it and raising it in the market at low price to book value would be extremely expensive. Additionally, capital requirements for trading businesses have already increased by 20 to 35% across the largest banks in Q1, with the increase not being solely driven by increased market activity. RWAs are sensitive to realised market volatility and the widening of basis risks, both of which increased considerably in Q1.

The key to capitalise on those opportunities is the ability to avoid undetected build-up of risk in turbulent markets conditions which would require a tailoring of risk appetite and controls to cater for both increased volumes and a reassessment of emerging risks.

As COVID-19 is making us reconsider many aspects of our lives we take for granted, it should also make banks and investors reconsider how strategic a trading business can be for their clients

The European Commission sets out the way ahead for the EU's economic and financial system
Rosalind Fergusson, David Strachan