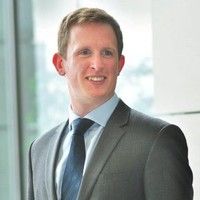 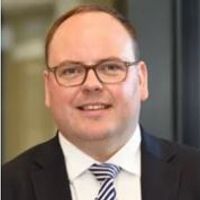 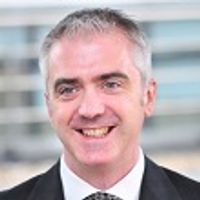 The UK’s Financial Policy Committee (FPC) has been clear in its intention that sterling LIBOR will “cease to exist after the end of 2021”. Some sections of the market do not appear to be fully convinced, but what the Prudential Regulation Authority (PRA) and Financial Conduct Authority (FCA) have called LIBOR’s “expected demise” makes 2020 the make-or-break year for the transition. Whether or not sterling LIBOR does in fact cease to be by the end of next year, the regulators continue to push home the message that firms must proceed on that basis, and will be judged against it.

By now, the regulators have several sets of data to help them assess industry progress (most recently submitted on 31 December 2019), and the message in the latest letter to the industry couldn’t be plainer: the PRA and FCA want “clear evidence” of engagement from firms, and they will proactively seek out that evidence as they “step up engagement” through supervision. This means more data collection and reviews of transition-related MI, with the next submission date set for 28 February. The regulators recognise progress made to date, but are calling for an acceleration. The kicker is that the FPC looks set to review industry efforts at its June meeting, and will determine whether progress is sufficient to avoid the need for as-yet-unspecified supervisory interventions.

The latest bundle of documents setting out the regulators’ views comprises:

Separately, the FCA also wrote to asset management CEOs to highlight the “key risks of harm that Asset Managers pose to their customers”, among which sits the LIBOR transition. In this blog, we review the contents of these documents and pull out the key messages for firms.

If there is a single message to take away, it is that firms need clear project plans which factor in the dates agreed by industry groups and regulators, and that the regulators will be checking progress closely. The major target dates are in the table below (with more details available in the RFRWG roadmap), and the Dear SMF letter states that firms are expected to have MI available to track progress against these dates, while regulators will also examine whether plans reflect them. Four areas are mentioned as “key to delivery”, namely:

Product development in particular is not straightforward given the lack of market convention for loans, and differences in conventions for floating-rate notes across geographies. In relation to client communications and negotiations, we see scope for firms to adopt more global approaches to individual clients, rather than the more common jurisdiction-by-jurisdiction approach. We observe that some firms are more concerned with practical elements of transitioning their back books than they are with new product development, such that the apparent regulatory emphasis on the latter suggests a need for additional thought and action.

Dates for the diary

There are three major milestones for 2020 in relation to sterling LIBOR:

Wider engagement in the transition

Firms need not only to carry out their own work but also “actively engage with the wider transition efforts in the market”. The transition is framed as a collaborative effort between industry and regulators, with the sterling RFRWG the main conduit. The regulator will expect “clear evidence” of individual firms supporting industry efforts. We interpret this as a call for firms to support the development of new market conventions, for instance by launching new RFR products, to engage in more proactive customer education, to participate in consultations and pilots, to contribute to common standards and language for legal documentation, to work through the infrastructure challenges in the market, and so on.

The RFRWG is exploring the creation of a term rate (“Term SONIA Reference Rate” or “TSRR”) to substitute for the forward-looking aspects of LIBOR. However, the striking conclusion of the RFRWG’s Task Force on TSRR is that the use case for term rates is fairly limited - its analysis indicates that 90% of new loans by value (not by numbers of borrowers) are likely to be serviceable by SONIA compounded in arrears. This is consistent with the regulators’ preference and expectation that term rates not be used systematically for new business except where absolutely necessary.

The Task Force concluded that the need for TSRRs will be limited to smaller corporates, wealth and retail clients, trade and working capital, export finance, and Islamic facilities – those areas where “simplicity and/or payment certainty is a key factor”. However, this remaining 10% of the loan market by value may be split across a much higher proportion of businesses, given that the majority of UK businesses are small and micro-enterprises. We expect firms to come under supervisory pressure to demonstrate that TSRR products are only being offered to those clients that genuinely need them, and as such the operational cost of compliance for this segment of the market may be larger than the relative value of loans.

The RFRWG has plans for testing and publication of a provisional term rate from late March, providing time for a six-month pilot ahead of the Q3 target to cease the issuance of cash products linked to LIBOR. Four benchmark administrators are lined up to publish rates, though we can expect the market to converge on one or two over time as market participants study each rate and its suitability for use. Firms will need to bear in mind the operational requirements for accommodating these rates, and capture them in their existing control frameworks.

Supervisory intervention – what is on the table?

The FPC has considered which supervisory tools could be used to encourage the transition (see its December statement), but is keeping its cards close to its chest. Given the strong nature of regulatory statements about the end-2021 target date, we might reasonably expect that any interventions will be robust, and that regulators do not want to entertain the notion of a wholesale extension of timelines. Logical possibilities include the use of capital requirements to dis-incentivise firms maintaining or growing LIBOR exposures, possible restrictions on the issuance of LIBOR-linked products, or increased haircuts on LIBOR-linked instruments taken as collateral in central bank market operations – i.e. interventions that aim to increase the cost of doing LIBOR-linked business. Given that responsibility for the transition now rests with a Senior Manager under the Senior Managers and Certification Regime, it is also possible that action could come through this route.

What is less clear is how supervisory interventions may vary according to progress on SONIA relative to the slower progress on SOFR. It is possible that the severity of supervisory interventions will have to vary to reflect the disparity in liquidity in SOFR vs. SONIA, but the focus of this set of documents is on sterling LIBOR, with relatively little said regarding other currencies. In general, things are less clear beyond sterling, including for USD in relation to which there are no equivalent milestones. A lack of alignment in timelines creates complexity for transition projects, and there is a risk that firms focus on sterling to the exclusion of other currencies, or that firms with non-sterling LIBOR exposures will not progress in the absence of concrete target dates.

Conduct risks in the transition

We have highlighted elsewhere the necessity of conduct risk management throughout the transition, and with the message from regulators now suggesting the need for an acceleration of work, the case for increased vigilance around conduct risk is even stronger. It also bears repeating that supervisory oversight of transition work will have a qualitative element focusing on governance and oversight.

Firms need to tread a fine line between hitting transition targets and achieving customer outcomes consistent with broader regulatory expectations; LIBOR transition targets should not be achieved at the expense of potential customer detriment or mis-selling. The path here is fraught with obstacles, not least of all an apparent lack of engagement from clients. This makes clarity in customer communications critical, given that many customers are in need of education about new RFRs. The fact that the end-2021 target date is not a hard regulatory deadline encoded in legislation or regulatory rulemaking creates its own challenges, as firms cannot leverage it in client conversations to the same effect as they have been able to with other regulatory deadlines in recent years.

The FCA’s Dear CEO letter to asset managers, though released separately to the above bundle, illustrates the broadening of regulators’ sphere of concern. The letter touches on potential risks the sector could pose to clients, including the risk of failing to move away from LIBOR “and other unsustainable benchmarks”, which “may cause harm to market integrity and poor outcomes for consumers”. The FCA also noted that it is collecting data from asset managers in relation to business models, including exposures to LIBOR risks, and that the market can expect more specific communications around expectations “in due course”.

Since the middle of 2019, when regulators were plainly somewhat unhappy with the uneven progress that had been made, the industry has made major strides. There have been challenges – notably with the identification of exposure data at the level of granularity demanded by the regulators – but firms have mobilised resources and have made significant progress.

But there is a lot that remains to be done, and not a huge amount of time relative to the scale and complexity of the task. When the FPC assesses progress mid-year, it will be faced with a choice: stick to its guns with an end-2021 target and possibly deploy significant supervisory interventions to facilitate its achievement, or accept that this timeline is not feasible and extend the transition period, at least for some elements of the market. The rhetoric around the end-2021 target date has been fairly uncompromising thus far, and this latest set of communications is consistent with, or perhaps even an elevation of, that tone. On that basis, firms should consider the possibility of supervisory interventions from mid-2020 to be very real.

If there is a single message to take away, it is that firms need clear project plans which factor in the dates agreed by industry groups and regulators, and that the regulators will be checking progress closely. 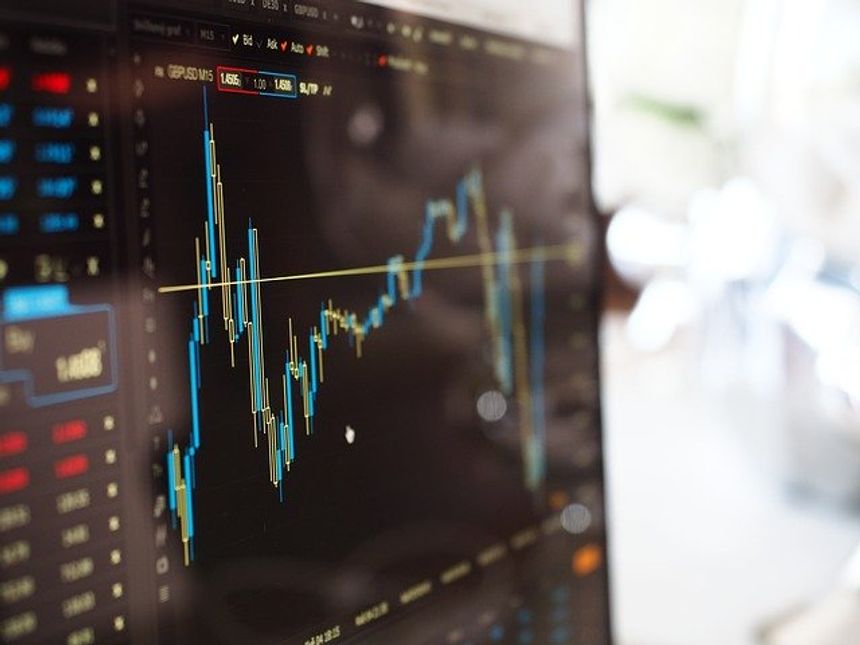