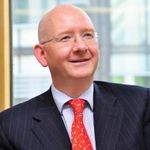 In our July blog on equity release mortgages we explored the PRA’s proposals in its Consultation Paper CP13/18 to tighten significantly its approach on equity release mortgages (ERMs). Specifically, the PRA proposed, unusually, to specify particular assumptions that it expects to underlie the calculation of the “effective value” used to assess whether firms are claiming undue Matching Adjustment (MA) benefit for ERMs backing annuities.

The PRA’s recently–released Policy Statement PS31/18 and an accompanying Dear CEO letter from David Rule set out the PRA’s final changes to its Supervisory Statement SS3/17, which will apply from 31 December 2019. This provides some clarity for insurers on what were some very significant consultation proposals, including, importantly, on the transitional period to allow for firms to adjust to meet the PRA’s expectations, as discussed further below.

A softening of the transition, but not of the ending …

The PRA discusses in PS31/18 its response to the significant volume of comments that it received in response to CP13/18, as well as providing an extended justification of its final policy. Three points stand out in particular on the PRA’s approach:

1. The PRA has maintained the majority of its consultation proposals on the calculation of the effective value: as David Rule notes in his letter, “the core of our proposals is unchanged”. This includes key prescribed assumptions on:

2. However, the PRA has softened its proposals markedly on the transition to its new expectations; in particular:

And more to come …

3. The PRA’s policy-making on ERMs appears The PRA notes four areas in which it intends to consult in the future, namely:

In sum, the PRA’s final updates to its Supervisory Statement maintain the strict valuation approach and assumptions that the PRA proposed earlier this year, and point to further policymaking in the future, but nonetheless provide an amount of time for firms to adapt that may be quite significant for firms applying the TMTP.

In our view, as a next step, the PRA’s attention is likely to fall very much on firms’ preparations to apply the effective value test from 31 December 2019 onwards, including preparing for any solvency impact relating to changes in their MA or technical provisions. In addition, we expect a continuing sharp focus from the PRA on board and senior management understanding, governance and risk management in relation to ERMs and illiquid assets more broadly. It is likely that the finalisation of this stage of the PRA’s expectations for the effective value test will serve as a catalyst for further discussions between PRA supervision teams and firms on this topic.

1.The deferment rate reflects the annual discount to the current property price that would be agreed and settled today to take ownership of the property at some point in the future. It is used to determine the deferment price. The deferment price differs from the forward price of an asset in that the forward price is also agreed today, but is settled in the future. A higher deferment rate puts a lower price on the property to be acquired. Therefore, it increases the cost of the NNEG.