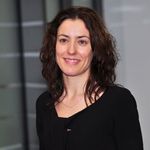 Member States are required to transpose the 6AMLD into national law by 3 December 2020.  After which, relevant regulations must be implemented by firms within Member States by 3 June 2021.

What can we expect?

There are a number of proposed amendments which regulated firms operating in the European Union (EU) should be aware of. We outline six of the key amendments to look out for below:

What happens next and what about Brexit?

The UK is currently expected to withdraw from the EU on 29 March 2019, so before the deadline of 3 December 2020 for EU Member States to transpose the 6AMLD into national law. If the UK ratifies the EU-UK Withdrawal agreement, then the UK will enter a transitional period for Brexit which would last beyond the date of implementation. In this case the UK would likely be bound to implement the requirements of the Directive. Even if not bound to do so in a no-deal scenario, it may choose to adopt the Directive to ensure alignment with the block.

The recent stream of anti-money laundering Directives suggests the EU’s appetite for rules to protect the integrity of the financial system and fighting against money laundering is larger than ever.