IFRS 17 implementation – what are insurers doing to prepare? 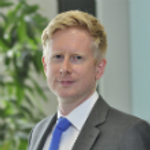 In mid-November, the IASB confirmed its intention to propose a 12-month deferral of IFRS 17 along with a parallel shift of the deferral of IFRS 9 for insurers if those insurers use the option to defer IFRS 9. They recently discussed potential amendments to IFRS 17 ‘Insurance Contracts’ across thirteen topics at their London meeting on 11-13 December 2018. Of these, the Board decided to amend for one topic (balance sheet presentation), deferred one topic (on transition) but agreed not to amend the remaining eleven. A further twelve topics are expected to be discussed in early 2019.

In my view, a delay will be welcomed by insurers. A recent Deloitte survey, published earlier this summer, found that 90% of insurers felt either ‘somewhat’ or ‘very’ confident that they could meet the original 2021 deadline. There were variations between insurer types, however, with 60% of health insurers stating they were very confident whilst only 27% of life insurers were very confident they would be ready in time. Encouragingly, survey respondents from Europe were more confident than other regions.

Currently, the date for IFRS 17 to go live as the new global accounting regulation is 1 January 2021. However, in recent weeks, we’ve seen calls from the industry for a delay of up to two years. In October, nine insurance industry organisations from Europe, Canada, Korea, New Zealand, Australia, and South Africa wrote a joint letter to the IASB asking for further amendments to IFRS 17 'Insurance Contracts' and a two-year delay in the effective date of the standard.

However, many insurers are already well underway to implement the standards and putting in substantial effort, with budgets in some instances expected to exceed €50m (£44m).

However, the additional year proposed to be granted will give insurers the extra time they have requested to oversee preparations, and can be seen as a reasonable compromise between the two stakeholders groups: investors and regulators.

Looking at the Deloitte survey results published in July and prepared by the Economist Intelligence Unit, it highlighted a significant focus on technology spend for global insurers. In fact, it found that 87% were expecting to upgrade their systems in advance of the 2021 effective date.

The Standard aims to establish one set of financial reporting requirements for all types of insurance contracts. However, to achieve compliance insurers need more granular data and more extensive calculations, going significantly beyond the information required for current accounting practices. Unsurprisingly, capturing data inputs was cited as the largest technology challenge ahead. The survey findings also showed that many more insurers were working extensively and with substantial budgets to be compliant in time.

Deloitte has been tracking the global insurance industry’s progression towards the adoption of IFRS 17. Our research five years ago, prior to the final Standard being released, revealed that just 7% of insurers expected to spend more than €50m. In this year’s survey, the figure had risen to 35%, a five-fold increase on the expectations captured in 2013.

Despite the significant and increasing budgets involved, it seems that almost all insurers, well 90% of those surveyed in 2018, felt somewhat or very confident that they would hit the deadline.

In addition to technology spend, the survey revealed that insurers were also investing in specialist talent to not only implement new systems, but also encourage greater collaboration between finance, actuarial and other departments.

Insurers also reported a labour shortage in the market of individuals with actuarial and accounting expertise. Part of this challenge is that the data required to meet the Standard will need to come from a wide range of areas and be processed in new ways. Ultimately, this will require stronger cultures of collaboration, brought together by individuals who can piece together the aspects of IT, actuarial and finance most impacted by IFRS 17.

Whatever the deadline, it will be a challenging and critical milestone for the insurance industry but when applied by all, it will mark an important step towards one universal accounting language in improving transparency and comparability, something that is eagerly awaited by investors and regulators alike.