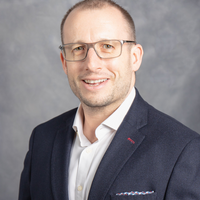 The below article is a really interesting piece from Paul Morgenthaler of Commerz Ventures comparing Neo Banks and Neo Insurers.

I've been asking myself and others a similar question recently, so I've outlined a few comments here (as LinkedIn doesn't let you comment in sequence, or this long!).

The big question is why are the Neo Banks doing so well in terms of customer numbers, yet the Neo Insurers are struggling? For example, Monzo have ~1.5 million customers, Starling ~5 million and Revolut around 3 million from memory.

I can't name a single InsurTech right now with as near as many customers. Lemonade had 425,000 policies on their last announcement.

Is it because we use banks more, and therefore we interact more and there is more opportunity to annoy us, hence we churn?

Insurers on the other hand - as I wrote about this weekend - appear intent on appealing to customers with speed to purchase - 'get insurance in just 3 minutes'. I'm with Paul on the third question entirely.

What's our insurance equivalent of this? For a Neo Insurer (or bank) I think the key things I would add to your list are:

1) can we launch and test products quickly to market (in weeks not months)?

2) are we un-encumbered by legacy?

As it stands, I bought insurance directly from a traditional carrier at the weekend - it was 100% digital, online and simple. On par with any startup in my view. I have no idea how long it took them to put together.

Equally with the banks, (I have a legacy bank as well as Starling, Monzo etc.), the UI experience and features are at parity today.  In many cases, the Neo's are playing catch up in my view.

Equally, it also means not many new InsurTech's are working on claims, other than automated parametric stuff - an entirely different conversation. They have picked off the easy stuff.

But my observation seems to be - fix the Quote & Buy journey, enable self service, then integrate to existing claims. The 'full stack' players like Slice, Lemonade, One Inc etc. will do this of course as part of their full stack.

I certainly hope the InsurTech's have a transformative impact on the industry - my worry is that the current trend seems to show them to be more of an outsourced R&D team that accelerates digitisation, as opposed to one which creates disruption - making the old world as we know it, obsolete. I look forward to seeing this one proceed through the coming years.

These “Neo Insurers” are younger and thus still receive less public attention than their counterparts in banking, but if I am reading the signs correctly, this may be about to change.

Neo Banks vs Neo Insurers - which model is the better bet? As a FinTech & InsurTech VC, I get paid to think through such questions. Do you agree with my conclusion?https://t.co/Csipb88I5P

#Insurtech investment increased >60% between 2017 and 2018, key players like Lemonade & Amazon also expanded their operations, according to analysts at Deutsche Bank. Discover how collaboration and #innovation can help you take advantage of this change https://t.co/ACpMoMykUR pic.twitter.com/0MwMfowtNm

To date, Allianz X has made more than 15 direct investments, now, its fund size has increased to €1bn for insurtech action https://t.co/JFhsQXJqV4@AllianzX #Insurtech #insurance #innovation pic.twitter.com/dz9wlDm1oc

Has COVID-19 signalled the end of the insurance agent?
Nigel Walsh

33% of SME's are "more interested" in insurance because of COVID-19, but will that interest last?
Mark Patterson, Nigel Walsh, Adam Knight