A new retail banking strategy or a chance for the start-ups to branch out?

There has been a lot of media coverage about bank branches in the UK over the past few months - from closures by the high street banks to the launch of Halifax's new flagship London branch (our own Lorraine Barnes has spoken to the media on this development here and here).

So is this flash 'store' concept the solution to the declining branch problem in the UK and will it threaten the new digital entrants? Will it bring the footfall back from the smartphones? Claer Barrett has visited the new Halifax branch and appears impressed with what she saw.

This idea of modernising branches builds upon the creation of banking 'stores', which gained popularity in the 2000s, particularly in Australia, where security windows were removed, colourful couches added, brochures overhauled and shopping bags provided for carrying 'purchases'. Staff were even told to stop saying 'branch' and use 'store' instead. That work fell over a bit because it was ultimately just giving branches a new lick of paint. Halifax have taken it a step further by adding a community element - a cafe, classes on finance, coding courses for the kids etc.

So, does the creation of this city store fundamentally threaten the digital players, who have attracted city-based early adopters with mobile-centric lives? I'm not convinced it does, but it's early days. Admittedly, the start-up audience does tend to be quite price conscious, so maybe Halifax's cheap in-store coffee might be enough to pull them back!

However, could the wider topic of branch closures actually be a chance for the start-up banks to grow their footprints in rural communities? If a village no longer has a branch, will they go mobile?

There are challenges for the start-ups outside of the very low switching rates in the UK (which I recently touched on). Rural banking customers are almost half as likely to use mobile banking services if a branch in their area closes (as highlighted by the FCA's Financial Lives report), they have lower internet familiarity and face poorer internet speeds. But what does it take for a banking customer to actually pull the trigger (or thumb) and switch? We're doing some exploratory work at the moment to try and identify the tipping point which we hope to have ready in a few weeks.

In the meantime, I can only speculate. The start-ups have relied on word of mouth and take-up of their services have been quite city-centric to date. Perhaps this could be the time for them to start regionalising their marketing?

Inside, it looks nothing like a bank. Think of a cross between a crèche and a WeWork. Just like the shared workspace provider, the Halifax flagship is dotted with breakout areas and has a huge coffee shop on the top floor that sells Halifax-branded bags of sweets for £1. Once you’ve grabbed a hot drink, you can retreat to different “zones” for travel, children’s savings or the “home hub” to discuss a mortgage (one senses this is how the bank will make back the cost of the fit-out, which must have been enormous). 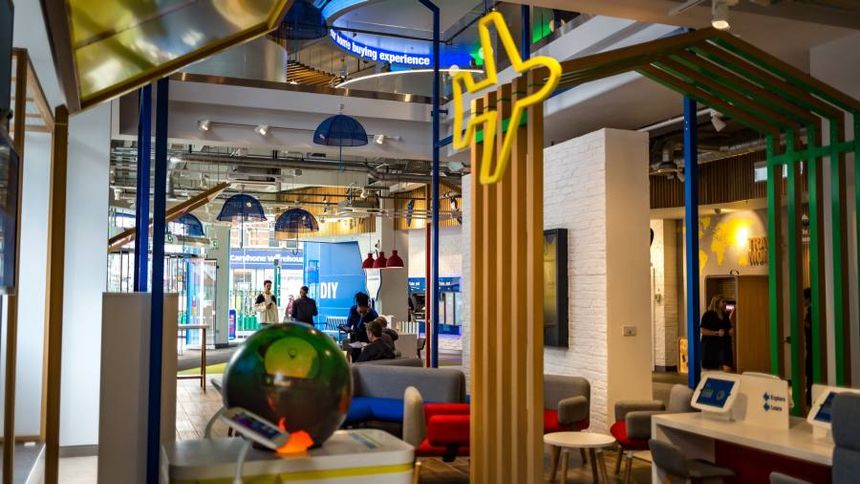 Check out our exciting new site at the brand new Halifax flagship store on Oxford Street. If you're shopping til you drop and need a coffee - pop in and grab a cup that fights homelessness today! #socent #homelessness pic.twitter.com/J5wEWRE2Z6

Is the bank branch dead? Not quite, as Halifax unveils an enormous three-storey venue near London's Oxford St. @Ruth_Emery pops in, samples the cafe (an afternoon tea menu will be rolled out shortly) & chats to customers https://t.co/NJQt3LlhD9 pic.twitter.com/X5rmERXyDf

FCA Financial Lives survey worryingly shows:
- Only 37% of UK adults are highly confident in managing their money
- Only 16% say they're highly knowledgeable about financial matters
- 38% of non-retirees still have no private pension